You are here: Home / Blog / Test Case Thursday: What If You Threw A Party and No One Came? 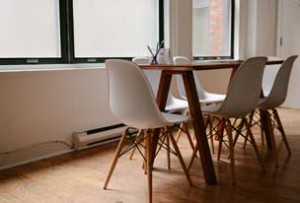 Primary elections do not traditionally draw the voters to the polls in droves. Actually, turnout is usually abysmally low and I’d bet that few voters in the city of Philadelphia are even aware that there is a primary on Tuesday, May 19. Will a social media campaign fix this societal problem?

I am sure someone on the councilman’s team thought this was a good idea, and would “increase voter turnout” as I heard Hendon tell Marty Moss-Coane on WHYY radio this morning.

So What’s The Problem?

There are crickets chirping… Not enough videos uploaded. I found a few videos, appropriately tagged, from real people. The rest of the tagged content — that I was able to find — was from Hendon himself, or professionals somehow related to the councilman, and posts of media coverage of the contest.

There are some slick videos that feature politicians — the councilman, former Gov. Ed Rendell, and current Mayor Michael Nutter and local celeb chef Jose Garces — available on the contest site, ivotephilly. They are all involved in the prizes. (See the website to understand the “prizes.”)

Why Is This A #Fail?

Without inside information, just observing as a social media professional, I would conclude a couple of factors led to the low response (so far).

What Would Have Worked Better?

I don’t want to completely trash this idea. It just had some execution problems. And maybe the entries will pick up prior to Tuesday.

And there are some elements to this contest that were fun and innovative. I mean, come on, who doesn’t want Mayor Nutter to drive them to the polls? I do, and I don’t even live in Philadelphia.