You are here: Home / Blog / Timing Twitter for Effectiveness 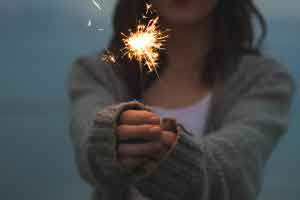 Twitter, the social network that is known for quick updates, breaking news headlines and sharing links, creates an environment that can be likened to a firework display: there is a  quick burst of energy and attention that quickly fades into the night sky.

To those not familiar with Twitter, you may be amazed at the very short “half life” of tweets. They just don’t have “staying power.” They can be lost in the vast number of tweets flowing through folks’ Twitter streams.

One article I found said that a tweet has a lifespan of 24 minutes. Just think — 24 minutes goes by very quickly! (Of course, tweets are still in your profile, but this means they fade from your followers’ view in 24 minutes, most likely because new tweets are pushing them down the screen.)

So what can you do to get your tweets in front of people? You can test the timing.

What outcome do you want? Clicks, retweets or favorites? This new research says that if you want clicks, try sending tweets early in the morning, on average. (Worldwide, the best time to tweet for clicks was been 6 a.m. and 7 a.m.)

If you want retweets and favorites, try sending in the evenings or late night. There is a great deal more detail in the research, it’s really worth a read. (And it was based on a great deal of data — the company analyzed more than 4 million tweets.)

There is a great deal more detail in the research about differences between time zones. It’s really worth a read. (And it was based on a copious amount of data — the company analyzed more than 4 million tweets.)

Two significant points made by the post author, Kevan Lee:

The second point is important also in that your results may vary, depending on content and day of the week and how the content is phrased.

There certainly are popular times for tweeting, and unpopular ones as well. Sometimes a converse approach can work, such as tweeting during an unpopular time – there is less going on, so you tweet might get more attention.

Of course, your experience can be different from what the researchers found; however, the main takeaway here is that timing can be important. Test, test and test again, with your own audience. You will develop a sense for when your own “best times” occur.