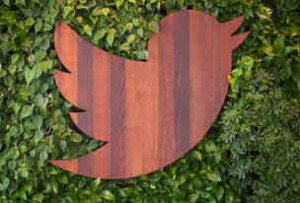 What can be accomplished in 140 characters? A great deal, actually.

Twitter, the social media platform originally built to send out short bursts of text, seems a bit harder to grasp than other social media platforms. It’s easy to see why — Twitter users employ abbreviations, use funny symbols and drop in “shortened” links that can look unfamiliar to the uninitiated. And then there’s volume. Following people on Twitter can be daunting, some people tweet frequently and trying to keep up on Tweets can be overwhelming. (There are tools to manage this, I’ll discuss them on this blog in the future.)

Despite the steeper learning curve, the world is using Twitter, for multiple reasons, including personal, political and business. Its user base, as of this blog post, consists of 302 million monthly active users, with 500 million Tweets being sent in a single day. Also, 80 percent of Twitter active users are on mobile devices. (Source: Twitter)

Some may say-—“I understand Facebook, at least at the friends and family level where you share photos of dogs, kids, latest vacation trips” yet “I don’t get Twitter.”

Well, it’s time to dive into the pool and learn about Twitter. Twitter seems so short – 140 characters (including spaces and punctuation) and it is, but using Tweets to build business can be very powerful, too.

Twitter is a great service for connecting with your customers, getting information to them quickly and on their mobile devices, and building a loyal customer base. (Can anyone say repeat business?) Think of it as chatting with your customers. And you can reach not just one, but multiple customers at once, and find new customers, too. Another major benefit is the capability to generate traffic, to your website or other platforms.

Let’s unpack Twitter a little. Twitter was founded on the concept of text messaging systems that were mean for short, text-oriented information. Since 2006, Twitter has expanded to add the ability to share photos and videos, and now third-parties offer the ability to help you publish longer tweets. (See: Twitlonger) In fact, Tweeting photos is now one of the best and easiest ways to build up your “followers” in Twitter.

First, as with all social media platforms, set up an account or profile, and listen. Follow people in your industry, in your locale, or who Tweet on a topic you like. This “listen and observe” practice is critical to understand what and how people share on Twitter. You can investigate what your competitors, vendors and colleagues are sharing and how successful they are. (It also helps if you fully complete your profile!)

Second, learning about the nuts and bolt of the platform is a matter of attention. Observe what the language of Twitter is, and research with Google or other search tools, what abbreviations and symbols mean. (Here’s Twitter’s glossary of terms.)

Once you build up followers, one of the main advantages of using Twitter is the ability to get information out in a very timely way.

Examples (these are just a few):

Here’s a great link for beginners – 7 Tips for Getting Started with Twitter Marketing.

Just some ideas to get you started. Stay tuned for follow-up blog posts on building audience, frequency and timing, and other Twitter tips.